How Trucking Has Touched Popular Culture 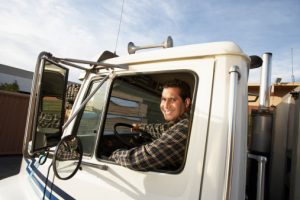 Most people know that the railroad and the highway significantly changed the landscape and culture of the United States, but did you know that trucking has as well? Trucking is now one of the most common professions in America, but trucking has always been a profession that stirs up feelings of freedom and adventure. When you combine that idea of freedom with the ever-increasing importance of the trucking industry, it’s not surprising that trucking touches popular culture fairly often.

We Got a Great Big Convoy

If you’re a child of any decade after the 70’s, you might be surprised to know that there was a number one hit song about truck driving. Outlaw country was in its heyday back then, and since trucking was perceived as a sort of “outlaw” profession due to the freedom and adventure involved, it’s no surprise that a country singer did a song about trucking. Enter C.W. McCall’s “Convoy”, an immensely entertaining tune filled with trucker slang that details a sort of trucker rebellion that spans across America. Although it’s not a terribly accurate picture of what it’s like to be a modern trucker, it’s an awful lot of fun. It even spawned a movie!

I don’t know you, but I know you’ve seen a trucker hat before. The reason you have is because trucking has even touched the world of fashion! Trucker hats were big in the 70’s but have made a comeback in recent years thanks to celebrities like Justin Timberlake, Pharrell Williams, and Judah Friedlander of “30 Rock” fame. The ironically blue-collar trucker hat was a major fashion statement for suburban youth, and they can still be seen in some of the trendier bars (accompanied by a tall can of Pabst Blue Ribbon, of course.)

Trucking matters, not just because of popular culture. Trucking keeps America’s goods moving, and if you’re looking for an exciting career that really makes a positive impact on this country, look no further than truck driving. Yuma Truck Driving School can help you get there: give us a call at (888) 647-3239 or contact us on the web to find out how you can join the great big convoy of American truckers.

Our team at Yuma Truck Driving School Albuquerque provides our students with a solid foundation to their career with our exceptional CDL training program. Our accredited Yuma truck driving school provides you with all the resources and tools you need to be successful on the open road and beyond. Your career is within reach, so contact us and get started with your education today, and we’ll make sure you are nothing but successful every step of the way.

Get your CDL with Phoenix Truck Driving School and you can be on the road in as little as 4 weeks.